Ko Kutani (Old Kutani) is said to have been produced in the village of Kutani between the mid-17th century and the early 18th century. The kilns were suddenly abandoned at the beginning of the 18th century and left alone for about 100 years. In the early 19th century, Yoshidaya kiln successfully recreated the colours of overglaze enamels to revive authentic style of ao-de (green) Ko Kutani ware.
Ikeshima Naoto is a Kutani painter who produces Kutani ware in ao-de style, which stems from the ancient Ko Kutani masterpieces. Ayatakado interviews Ikeshima to ask how he made himself a Kutani ware painter who seeks for ao-de green that fascinates us. 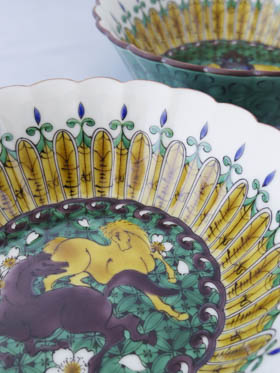 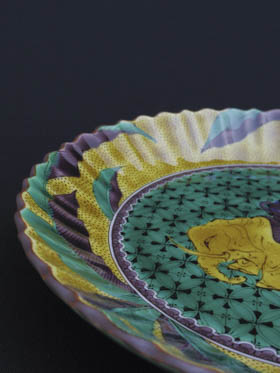 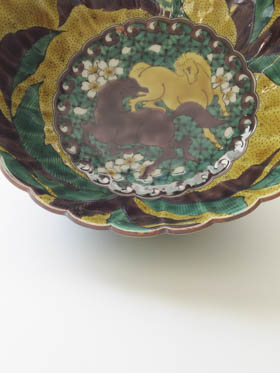 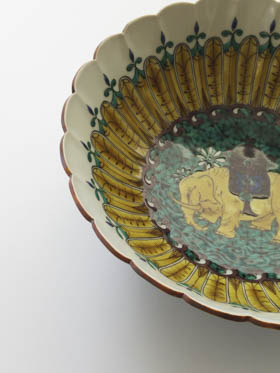 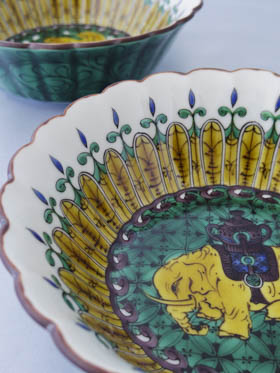