Seto-mono (things from Seto) is a synonym of ceramics in Japanese. It explains how this middle-sized city prospered during its golden age.
Seto is situated in the north east of Nagoya, the third largest city in Japan. It's a typical industrial city and there are few places for tourists to visit. The city produces any kind of ceramic products, from table ware to tiles and insulators, and large factories engage in mass production in the suburban areas. Seto is also a major supplier of clays for ceramics industry in Japan. Opencast clay mines are being operated on the outskirt of the city. The rich deposits of good clays lying underneath Seto have maintained its ceramics production for ages. 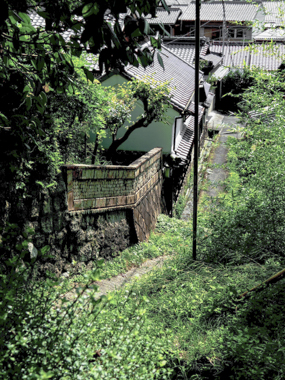 The history of ceramics production in Seto is long. In the vicinity of Seto is a mountain called Sanage in which stoneware production was operated more than 1000 years ago. The first kilns in Seto were constructed in the mid-Heian period (794-1185). As the ash glazing techniques used in Sanage kilns were taken over by Seto potters, they fired glazed stoneware while other production sites produced unglazed ceramics. Later in the late 16th and early 17th century, Seto and neighbouring Mino became the biggest producers of tea ceramics by inventing new bright-coloured glazes, innovative firing technology and novel designs.
There are many ruins of ancient kilns in Seto and neighbouring regions; some have been excavated for research purposes and some are left buried under the ground.
Seto experienced rapid industrialisation in the late 19th century and the ceramics industry reached the peak and enjoyed its heyday during the period of Japan's high economic growth after the Second World War.

While having modernised itself on one hand, however, Seto has also preserved traditional pottery making on the other hand.
In the city centre are some ceramics shops, galleries and museums where visitors can see ceramicists' works.
Backstreets in the urban areas are quiet. When you walk along those streets, you encounter the things suggesting that it is a place where the people have been involved in ceramics production for a long period of time. Old saggars and shelf supports no longer used in kilns are recycled and embedded in walls along the paths. Saggars are piled under eaves. Formed pieces are being dried in the sun, waiting for firing in the yards of the workshops. Small signs of traditional pottery making may bring a feeling of nostalgia. 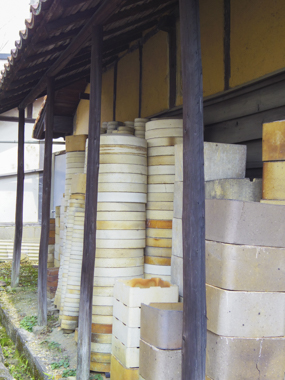